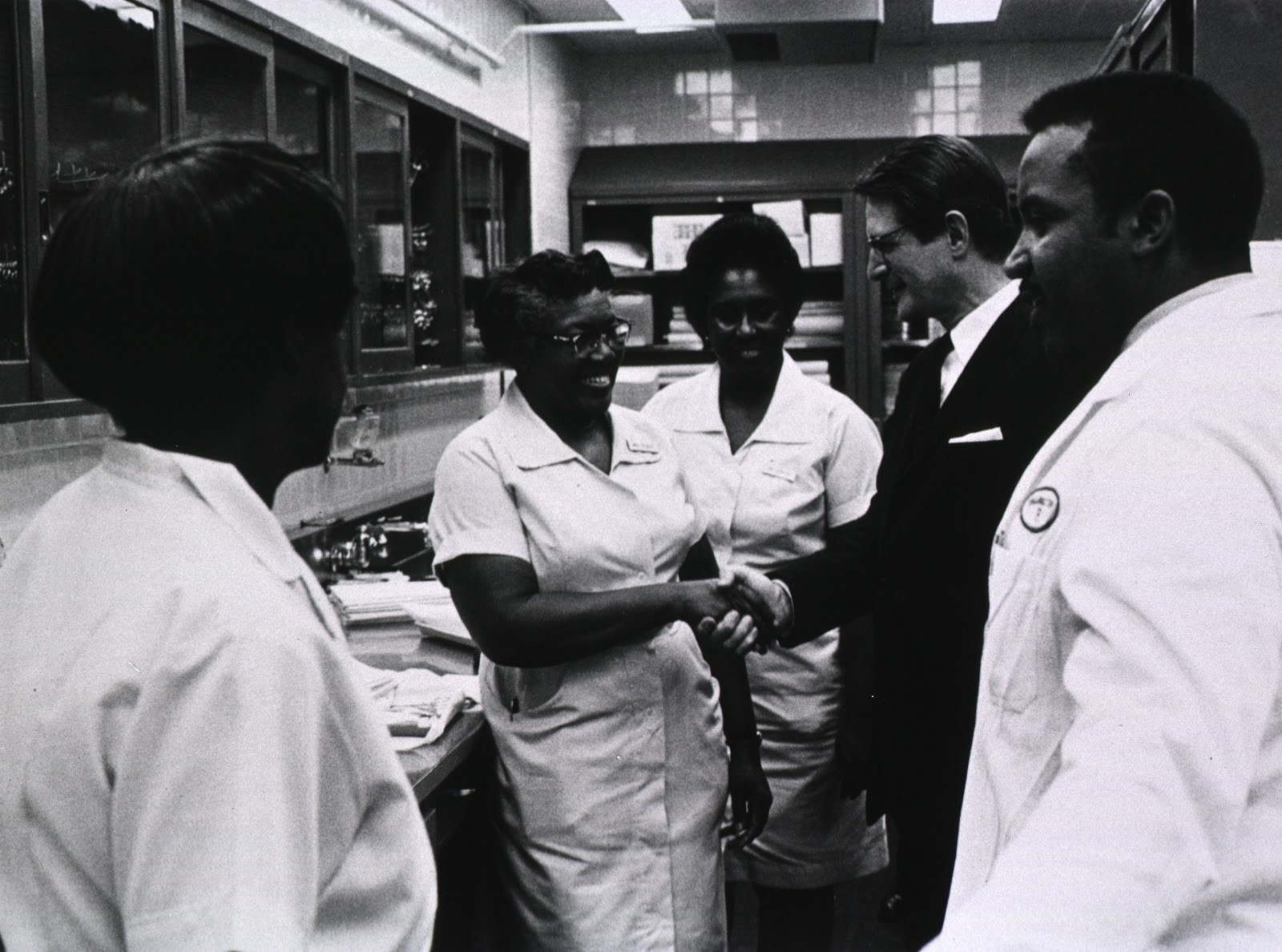 Power to Heal: Medicare and the Civil Rights Revolution – November 12

On Tuesday, November 12, we are hosting a free documentary screening at 5:00pm in the Health Sciences Library Room T229.

This hour-long documentary reflects on the historic struggle of civil rights activists who fought to make the American healthcare system equal and accessible to everyone regardless of skin color. Using the incentive of Medicare dollars, the federal government virtually ended the decades-long practice of racially segregating patients, doctors, medical staff, blood supplies and linens in a matter of months. And although these events took place more than a half-century ago, many of the issues surrounding health equity and the role of the government in healthcare continue to be relevant today.

Based on the book of the same name by David Barton Smith, the film is narrated by actor Danny Glover and aired nationally on PBS television earlier this year. It has been screened at numerous colleges and universities across the U.S. as well as the Baltimore International Black Film Festival and the Port Townsend Film Festival. It won Best of Festival at the Route 66 Film Festival as well as the Award of Excellence and Special Mention from the IndieFEST Film Awards.

Here’s what audiences had to say:

“It is essential that students and young physicians from all backgrounds know their history and how our profession both supported and worked to dismantle segregated healthcare in our country. This is a critical film that not only speaks to a time that has passed in our American history; it foreshadows to the present. Segregated healthcare still persists and is highly invisible in this country – except to the people who experience the ills of it. And so this film challenges us all as physicians and soon-to-be physicians to recognize that our collective work to ensure justice in health must always move beyond our typical work within hospital walls.”

“Having spent most of my career studying the civil rights movement, I assumed that I was well informed about its many dimensions. But watching Power to Heal was a revelation to me. The film is a fascinating and instructive story about the long American struggle for social justice.”

“Power to Heal has a critically important yet heretofore untold story to tell. And it does so in a way that is both painstakingly accurate and profoundly moving. The range of historical film footage and interviews is remarkable.”

Text on this page created by UW Libraries is licensed under a CC BY-NC 4.0 license.
Images and video are not included.